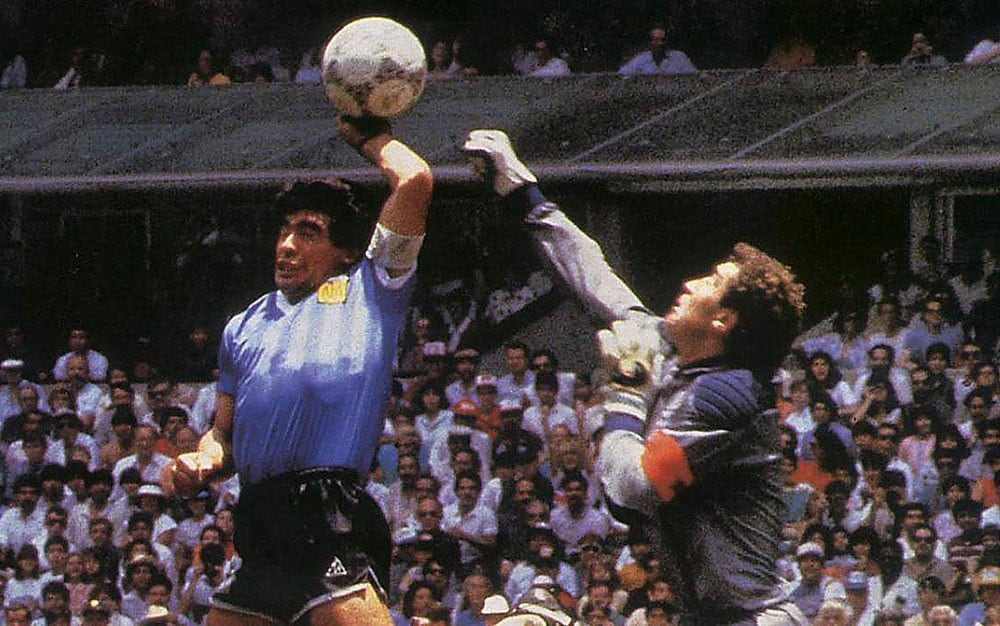 In the modern age of technology-driven umpiring, Diego Maradona’s infamous ‘Hand of God’ goal would have never happened. Big Brother and its V.A.R., would have multiple angles in super-high definition to look at the unquestionable handball and coldly make a decision. Direct free kick, England. Fortunately, Maradona’s goal lives on in history because it happened back in 1986 when you could count on humor error to keep things interesting. Robot referees were still part of science fiction, and there was a dreaminess to sports that existed in its limited, low-definition replay and reporting.

Interestingly enough, this World Cup was the first to be televised in near entirety on America television. A young ESPN aired most of the matches on cable television during the week, and NBC broadcasted to the nation on weekends—including this quarterfinal between Argentina and England. The ‘Hand of God’ was not the only goal Maradona scored that day. Four minutes later, Maradona maneuvered 60 yards through the English defense to score ‘The Goal of the Century’ putting Argentina up 2-0 and on the path towards a World Cup trophy.

While the Argentinian National team is often associated with their light blue and white striped jerseys, this day the team wore a two-tone royal blue striped jersey. Rummaged from the sporting shops of Mexico City, the Le Coq Sportif jersey was chosen at the last minute due to the heat. Numbers were ironed-on, a makeshift crest was sewn in, and the rest is history. Recently the jersey made history again, as it became the most expensive piece of sports memorabilia ever sold at auction, commanding a hammer price of over $9 million. A score for the England midfielder Steve Hodge, who consigned the jersey and inadvertently set-up Maradona for the goal. 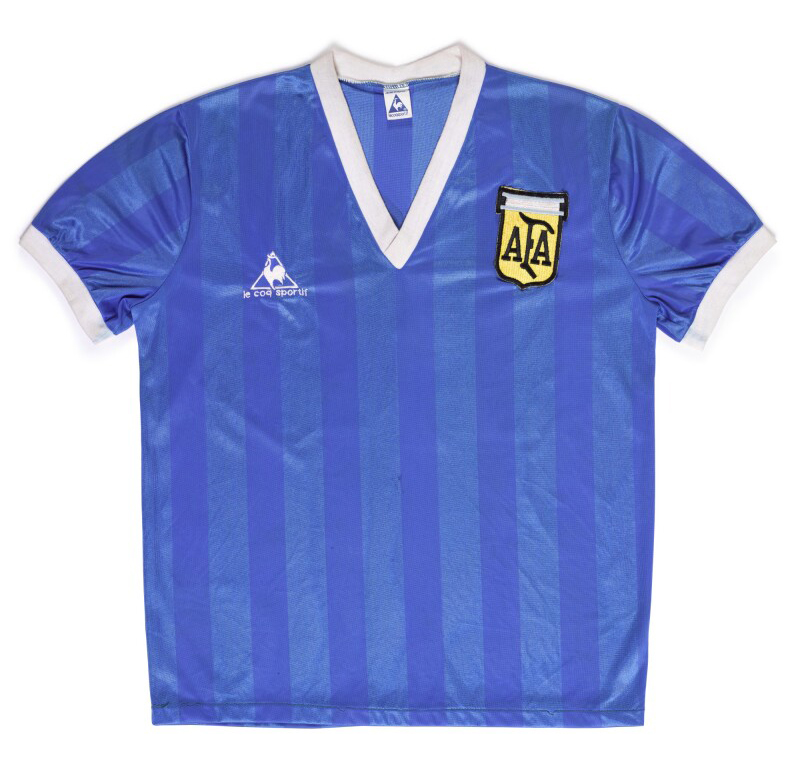