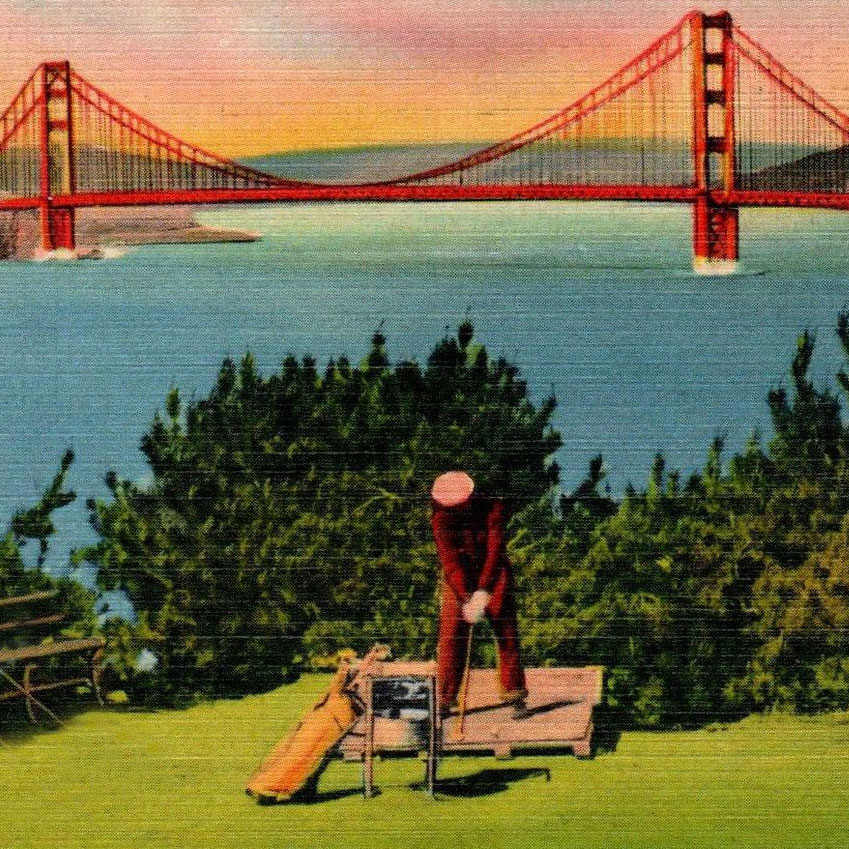 Solitary confinement is a punishment for many but a pleasure for a few. Evolution has prepared us for all kinds of threats—the fastest runner escapes the tiger, the sharpest eyes spot the snake—but the threat of pandemic is different. In a world of social creatures, it’s those who thrive alone who may outlive us all.

For years, I’ve gotten up before dawn to play at Lincoln Park Golf Course, primarily because I prefer to play alone. Golf is the sport that’s closest to my favorite activity—sitting quietly. It’s a solitary pursuit even in a foursome and you keep your own score, for better or worse. A golfer’s primary opponent is the landscape, but ultimately they fight the imperfect, frightened person who lives in their own skin. 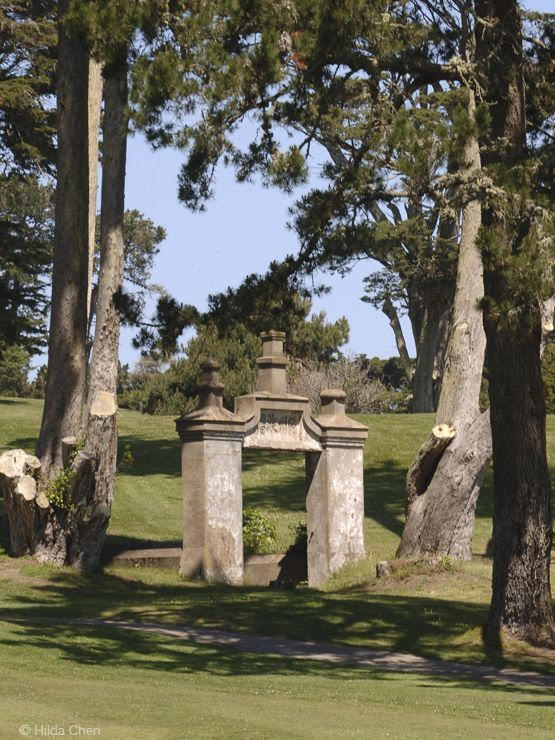 Lincoln Park was a graveyard before the bodies were dug up and moved to Colma in 1909; excavation projects in the park still turn up corpses. On the eleventh hole, an old gate embossed with Chinese characters marks the former entrance of a mortuary where bodies were stored before being sailed back home across the Pacific.

The clubhouse at Lincoln Park is dusty and silent, half-filled trophy cases and abandoned function rooms. Green lichen coats the awnings and sills. San Francisco is filled with these old toys, once shiny if a little cheap, now abandoned for something shinier. Way out in the distance stands the blunt obelisk of the Salesforce Tower. Whole cities have been built here in the decade since I first came to San Francisco. 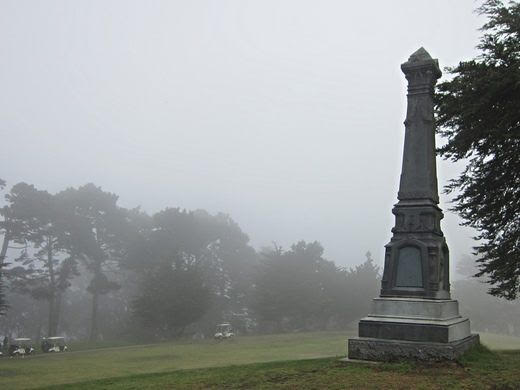 ​​
​​Early golfers like myself start on the ninth hole, a long uphill that rises to a green tucked into a bowl shaded by eucalyptus. When it’s foggy, which it often is, the ball disappears off the tee like a bird into a heavy snowstorm. The headlights of the greenskeeper’s truck flash here and there through the trees, and a foghorn moans.
​​
​​At the tenth hole, Ocean Beach is far below and to the west, where Russian emigres walk on the Soviet-style concrete promenade. To the east, the sun rises above the twin domed spires of Saint Ignatius, roman and mysterious. The oddly lovable trident of Sutro Tower is to the south, and beyond all of this is the city where everything is changing.
​​
​​Alma Spreckles, once a poor San Francisco washerwoman and later the wife of sugar baron Adolph Spreckels, built a museum in Lincoln Park, and it sits here at the eleventh tee box. Out front, a bronze horseman raises a broken sword, the blade snapped off in a violent storm, his weapon no match for the steady, unending assault. Below on the eleventh green, a coyote slips into the safety of the trees. 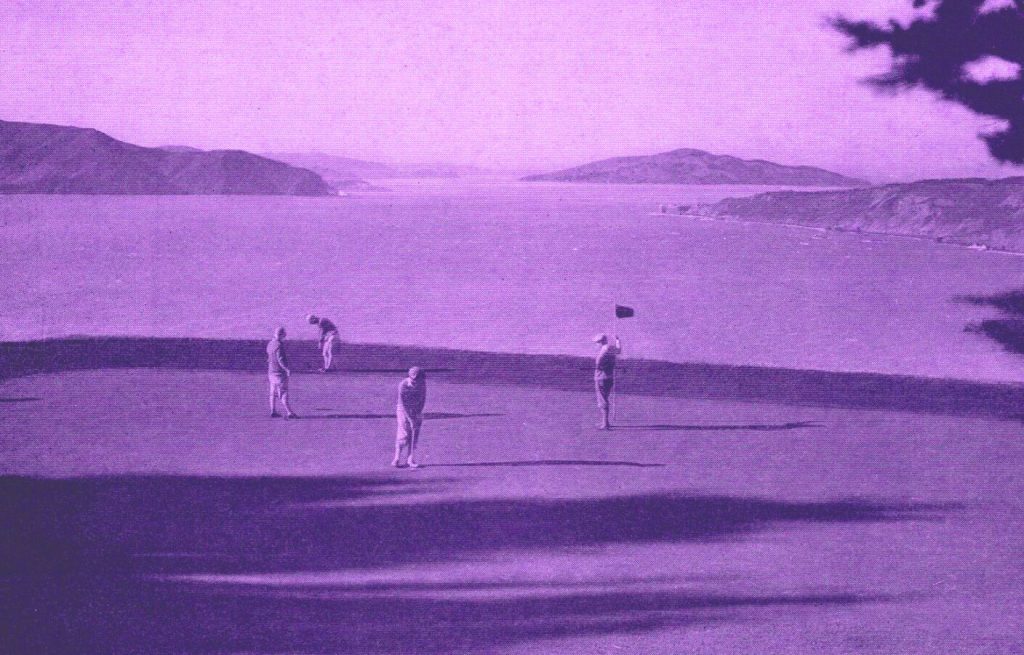 ​​
​​Those who feel oppressed by the anxious, needy world are sometimes drawn to order and formality. A golf course is perfect for this kind of person—it’s essentially eighteen little formal gardens, each holding a problem to solve. Conflict is formalized by rigid etiquette, like a duel. A golfer is never bullied, except by the voice in their own head.
​​
​​From the museum, it’s the short twelfth, and then the long thirteen, and little dogleg on fourteen with trees that block any attempt to cut the angle to the green. Then the fifteen presided over by a sculpture by Mark di Suvero, all broken angles, and red steel. People live in the trees behind this hole, but people live in the woods everywhere in San Francisco.

​​​​The sixteen is unexceptional, but the seventeenth at Lincoln Park is one of the most scenic holes in all of golf. The approach to the tee is a path tightly hemmed by banks of wild California roses and fragrant sage. At the tee box, framed by two massive Monterey pines, the Golden Gate Bridge stands so close that it feels like a well-hit seven iron would sail a long arc over the south tower. Sailboats rock gently hundreds of feet below.
​​
​​After a decade of living here, the bridge still thrills me every time I cross it. Even so, I’ve never shaken the habit of keeping an eye out for solitary walkers, and especially for those standing alone. Most jumpers choose the side toward the city; the emptiness of the Pacific outside the Golden Gate is still too much, even for those who have given up on all worldly distractions, including golf.
​​
​​The eighteenth hole comes back to the clubhouse to finish the round. At home, my daughters are cuddling with my sleepy wife. Eggs wait to be cracked and coffee to be brewed. Everywhere lives are being planned, money is being counted, wars are being waged. A golf course is a quiet tide pool, but in the end, we always come back to the ocean and its crashing waves.
​​
​​
​Other Courses to Play in the Bay Area:

​​
​​Golden Gate Golf Course
​​
​​A scrappy little nine-hole tucked into a distant end of Golden Gate Park. A shock to come upon, like finding a lost village. The perfect spot to learn; no shame in three or four whiffs in a row, and most people are pleasantly drunk, including those people who sleep in the surrounding woods.
​​
​​Sharp Park
​​
​​A few miles down the coast in blue-collar Pacifica, this great, shabby, sprawling course runs from the hills down to the ocean. Designed by Alister Alister MacKenzie who also designed Augusta National, this is the kind of course where the players smoke cigarettes.
​​
​​Crystal Springs
​​
​​Twenty miles south, this is course is built on the side of a deep gorge between fancy pants Hillsborough (home to the lairs of many of your favorite tech villains) and the Pacific Coast Range. Lousy with turkey, coyote, and deer who don’t give a fuck about your stupid hobby.
​​
​​Indian Valley
​​
​​Across the Golden Gate Bridge and up the Redwood Highway, Indian Valley is tucked deep in the Marin countryside. There’s an awesome elevator on the 13th hole that carries you up the deeply wooded hills and offers enough time to smoke most of a joint.

Arlo Crawford is a writer living in San Francisco
​​
​​
​​