skip to Main Content
FREE SHIPPING WITH PURCHASE OVER $60 • orders placed between 9/27-10/3 will ship on 10/4
Hydration for the Heads: Mister Green’s Bong Water 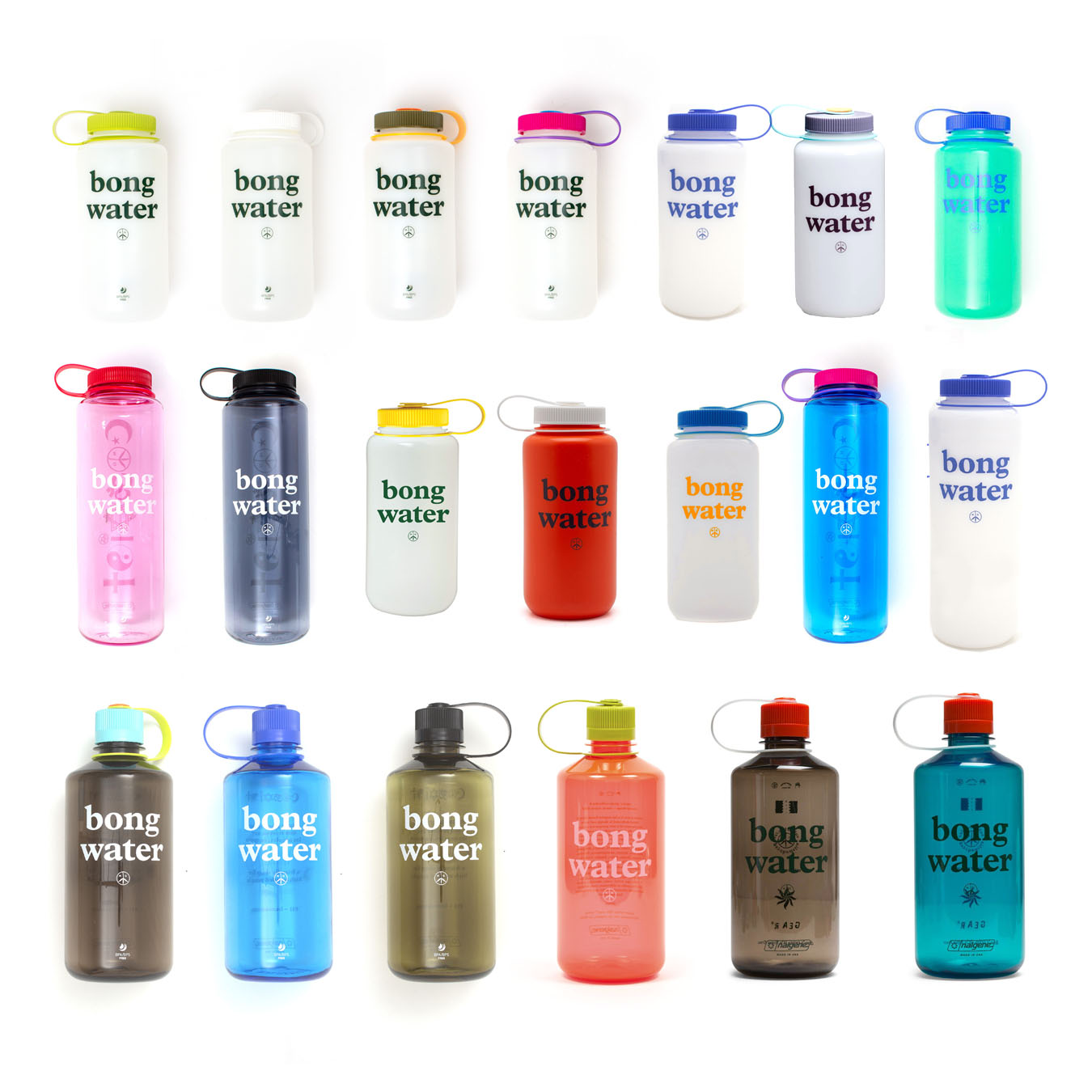 Unless your algorithm has been steering you in the wrong directions, you’ve seen the bong water Nalgene. Maybe even bought it. Effective messaging in a simple bold serif, with multiple colors to choose from, this water bottle has hydrated heads across the globe. The brainchild of Ariel Stark-Benz under his Mister Green brand, Bong Water’s ubiquity is a nod to Mister Green’s foresight and a feather in the cap for the burgeoning cannabis scene. Instead of talking with Ariel about all the other great things that he creates, we texted back and forth for an interview specifically about the water bottle. What follows is exactly that.

When did you first introduce the bong water Nalgene?

In 2017 we dropped our first run of Bong Water Nalgene bottles. I think they sat around for a few months before selling out, which was actually pretty good for us sales wise at the time.

How many colorways do you think you have made?

I think we’ve made six collections since then and we have a unique water Nalgene style that corresponds. We’ve also added a couple of styles (both across our Bong Water vessel inventory)— so altogether maybe 15 unique color ways total.

What’s been your most popular colorway and style?

Probably the classic white/blue. Although anytime we use these crazy hot pink bottles, people seem to respond.

What made you put ‘bong water’ on a Nalgene? Where’d the idea come from?

I’ve carried a Nalgene around since High School, starting with the classic opaque white/blue combo. Nothing is more classic to me water bottle wise. We always try to take classics and throw a small twist on them. This might be one of the best examples.

I always thought it was brilliant because of the crunchiness, and the idea of needing water for your bong if you’re out in the wild. When was the last time you took a bong hit, and did you fill the bong from the Nalgene?

I always christen a new bottle with a bong rip, meaning I fill the bong with water from the Nalgene and not the other way around. Makes me think how people often ask the question, does “Bong Water” infer water for your bong or water from your bong? I guess the answer depends on your current state of mind, general outlook on things, or perhaps is determined by how left or right brained you are.

How many do you estimate you’ve sold?

Enough for me to think that maybe too many people own them? I often worry about being pigeonholed as the Bong Water brand. But at the end of the day, in terms of what it takes to really have a product that could be considered mass market, or even relatively recognizable on a general scale, we are probably about .1% of that.

Is it your best seller?

Without a doubt, but it is a volume seller. So for a long time it wasn’t a leading seller for us because of the cost compared to other things.

Hmmmm… craziest place… Someone geotagged it on a boat in Antarctica.

Do you have any new plans for Bong Water?

Grab yourself some Bong Water here